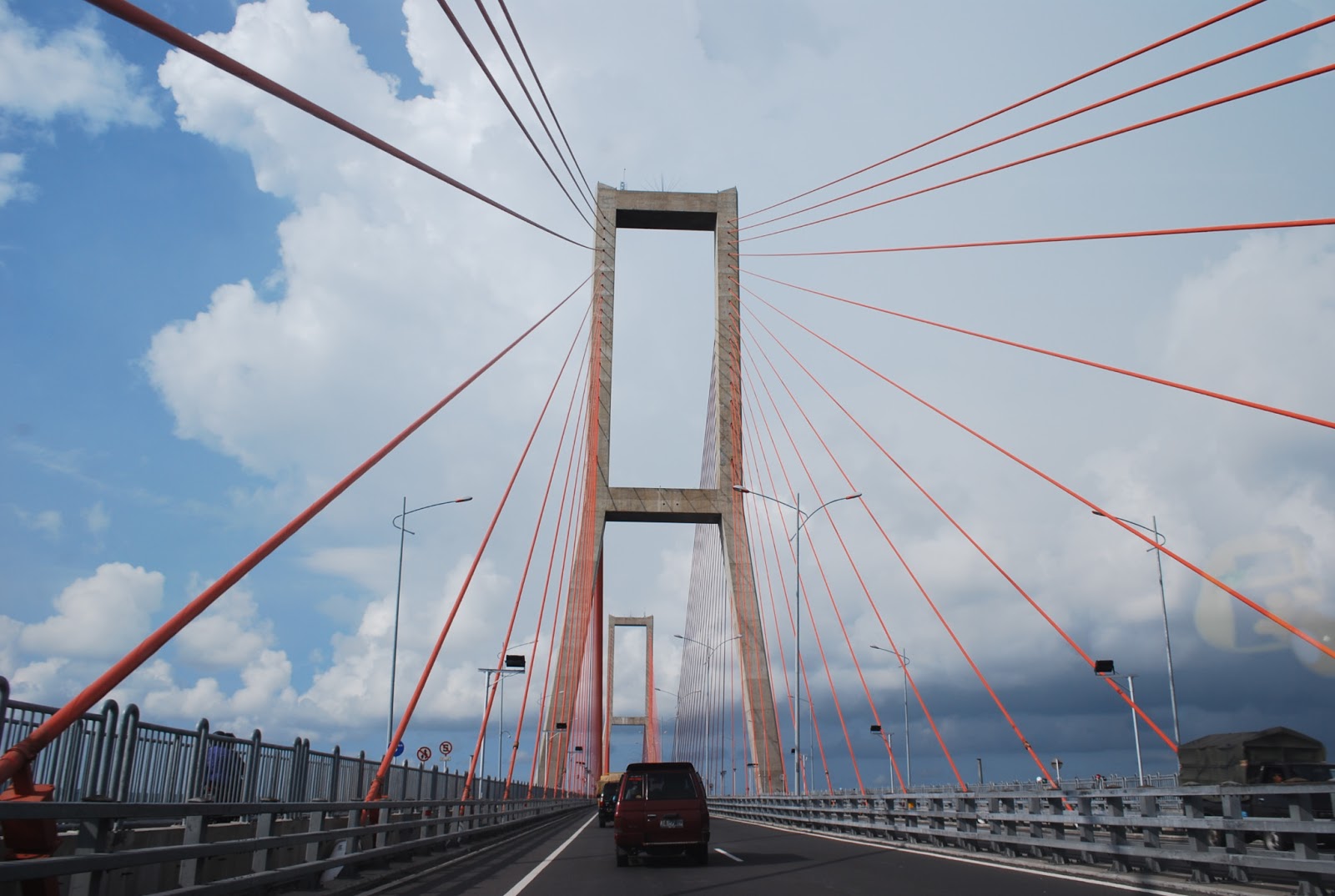 Finally Surabaya is connected to its old brother, Madura Island, by Suramadu Bridge, opened in 2009.
Before its opening, people can only cross the Madura Strait by ferry from Surabaya Tanjung Perak harbor.
Now by paying Rp. 30,000 one way per car, people can drive through the strait.

MJ had the chance to drive cross the bridge last December.
Though it is not comparable to other internationally famous bridge in the world, Suramadu Bridge is still cool in design, and it is cool to drive over it especially for local people.

The construction has brought many new business opportunity since after crossing the bridge, MJ saw lots of shop along the road in Madura Island.

The most trendy thing for Arek Surabaya (Surabaya people) after crossing the bridge is to eat Fried Duck in the most famous restaurant called Sinjai. Try the allegedly delicious chili sauce with warm rice and crispy duck.

Madura Island is known for its bull race called Kerapan Sapi.
Also there are several pristine beaches that have not been touched by tourism where you can have the white sand beach for yourself.

more on Suramadu Bridge in Wikipedia...

Email ThisBlogThis!Share to TwitterShare to FacebookShare to Pinterest
Posting on 04. Surabaya Info

IKIRU is a place to live/stay in Surabaya in an Indonesian "kost" / "kos" or "guesthouse" or "homestay" or "hostel" or family-run style hotel.
EnglishBahasa Indonesia日本語

Things to Do in Surabaya

traditional rickshaw you can find around IKIRU Guesthouse

IKIRU is a Japanese word meaning "to live".

To provide a clean and cozy place to live for people coming to Surabaya is our main purpose.

Hi, call me MJ (web name), the first son of the family. I am a world backpacking traveler, been to 110 countries. I live in Japan for the moment.
This is my blog.